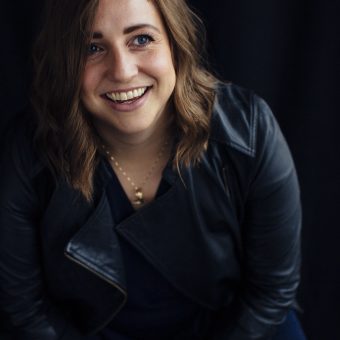 Amy is the General Manager at Beatfreeks. Amy initially worked within casting for TV and film productions, making a move into theatre producing and production management in 2011. Amy co-founded theatre company, Jackdaw in 2011. Amy has produced theatre across the UK and internationally working with venues and companies such as Pleasance Theatre, Soho Theatre, Tamasha Theatre Company and more.

From early 2015 through to 2017, Amy worked as the Associate Producer for the Pleasance Theatre in both London and in Edinburgh. In 2016 Amy was invited to attend Clore’s weeklong residency for Emerging Arts Leaders.

Amy is now the General Manager of Beatfreeks with a focus on Business Development and HR.

At Beatfreeks, they are committed to organisations working to have better representation, particularly in positions of leadership, and platforming voices that are too often not being heard! They are also really committed to responding to the needs of young people and not assuming what is needed. The co-designed approach to this leadership programme is very exciting for Beatfreeks.