In this session you will hear from Hilary Carty, Executive Director at Clore Leadership. This session is all about hearing from Hilary about her experiences throughout the years. She will talk about her perspectives on Leadership and what support she notices leaders around her need. 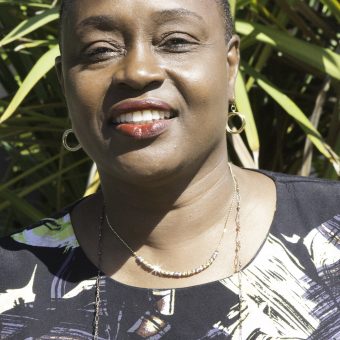 Hilary Carty is the Executive Director, Clore Leadership, a role she took up after six years as a consultant, facilitator and coach specialising in leadership development, management and organisational change. Rooted within the arts and cultural industries, Hilary drew on her creative acumen and experience to co-create bespoke interventions for an eclectic range of sectors and businesses. Prior to working independently, Hilary was the Director of the Cultural Leadership Programme a £22m government investment in excellence in leadership within the UK cultural sector.

Hilary’s earlier roles include Director, London (Arts) at Arts Council England; Director, Culture and Education at London 2012; Director of Dance for Arts Council England; and HLF London Committee Member.  As Visiting Professor, Hilary lectured on leadership in universities in Austria and Germany between 2011 – 2017. In recognition of her contribution to the arts, culture and heritage, Hilary has been awarded Honorary Doctorates from the University of Westminster, De Montfort and Middlesex Universities, Honorary Fellowship of Goldsmith’s University of London and inaugural membership of the Circle of Cultural Fellows at King’s College London, and Research Fellow of its Business School.  Hilary is a Governor of the Royal Ballet.

To Top of Page